1,4-Diazabicyclo[2.2.2]octane bis(sulfur dioxide), DABCO.SO2, or DABSO, a bench-stable colorless solid, is industrially produced by the reaction of DABCO with the condensed and bubbled sulfur dioxide gas at low temperature. However, in some cases it could catalyze organic reactions, DABSO is mostly used as a as a surrogate of gaseous sulfur dioxide to react with organic substrates, including Grignard reagents, aryl or alkyl halides, boronic acids, various amines, diazonium salts, carboxylic acids, heterocycles, acrylamides, alkenes, alkynes, and β-alkynyl ketones, through the one-pot protocol, annulation, or coupling reactions. Most of these synthetic reactions are proceeded via formation of sulfinate radical or anion. By using DABSO as a reagent, various simple to complex structures can be constructed, such as metal sulfinates, sulfonyl fluorides, sulfonamides, sulfonohydrazides, sulfonic esters, sulfonic thioesters, and sulfones. In this review, we want to investigate mechanistically the role of DABSO in organic synthesis. 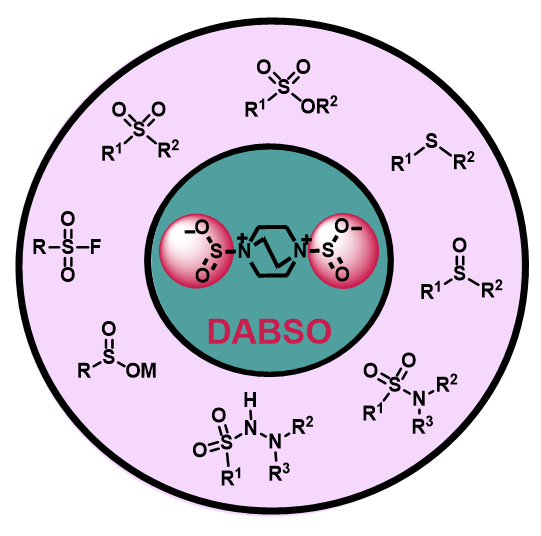 2-Alkynylanilines as versatile building blocks have been widely applied for the construction of nitrogen atom containing heterocycles in organic synthesis. The focus of this review is on the application of 2-alkynylaniline and its derivatives in the metal-catalyzed or metal-free synthesis of various heterocycles including indoles, oxindoles, indazoles, benzisoxazoles, quinolines, benzoxazines, benzothiazines, quinazolines, cinnolines, and seven- and eight-membered heterocycles. 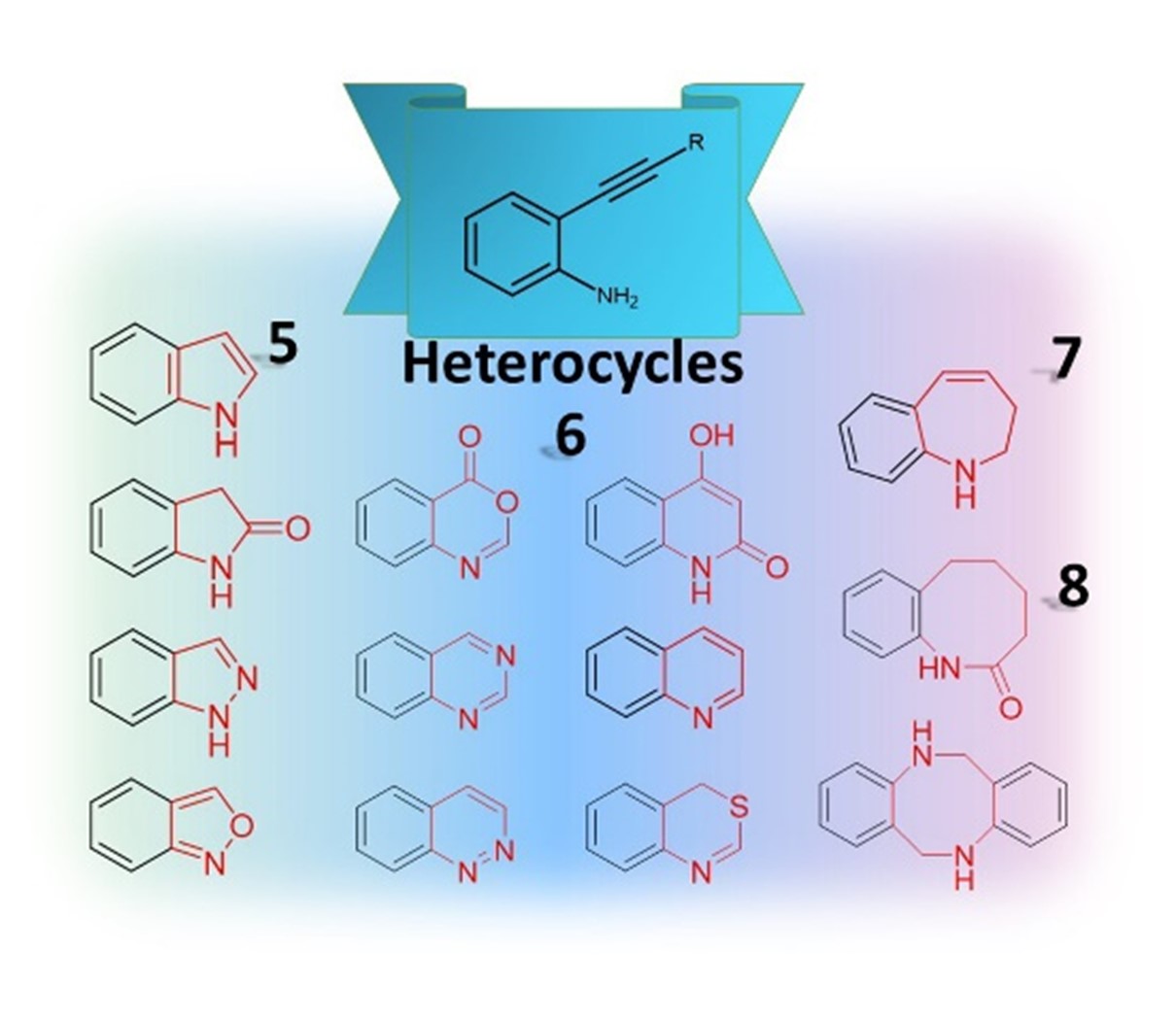 Peptide chemistry is a multidisciplinary subject and we have recently found so many progresses in different fields in peptide chemistry. Statistical results display that the peptide researches are distributed throughout the fields of biochemistry, medicine, chemistry, immunology, and some other fields of science. According to the situation of peptides in worldwide drug marketing, and increasing the country’s need for manufacture of high scaled peptide products, scientists try to find new peptide-based pharmaceuticals. In this review, we would like to summarize some of these researches including synthesis and application of peptides directed in Peptide Chemistry Research Institute of K. N. Toosi University of Technology. 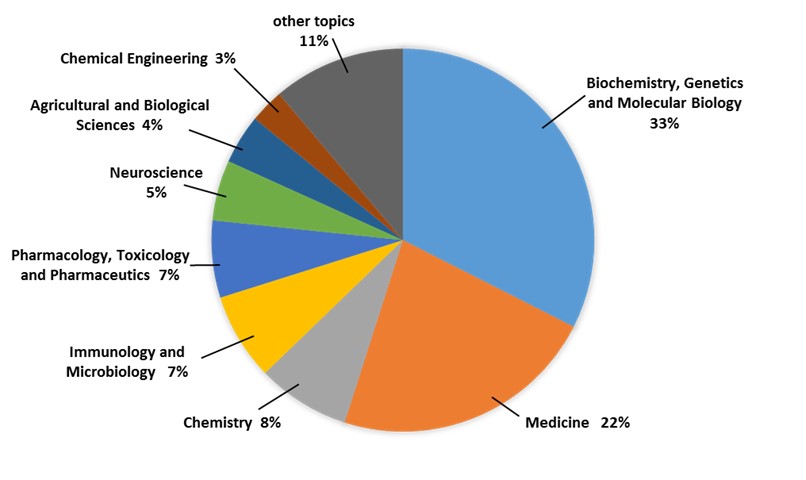 This minireview focuses on the recent advances in green synthesis of chromone derivatives which have been published over the last 5–10 years.

As one of the most important building blocks in organic synthesis, isocyanides come in for a wide range of transformations owing mostly to their unusual terminal carbon center adsorbed electrophiles, reacted with nucleophiles, get involved in radical reactions and coordinated with metal centers. The distinctive feature of isocyanide is its ready willingness to participate in multicomponent reactions (MCRs). MCRs represent a great tool in organic synthesis for the construction of new lead structures in a single procedure introducing both structural diversity and molecular complexity in only one step. Isocyanide-based multicomponent reactions (IMCRs) have become powerful approach for the synthesis of complex molecules providing high degree of atom and bond economy under very mild reaction conditions. 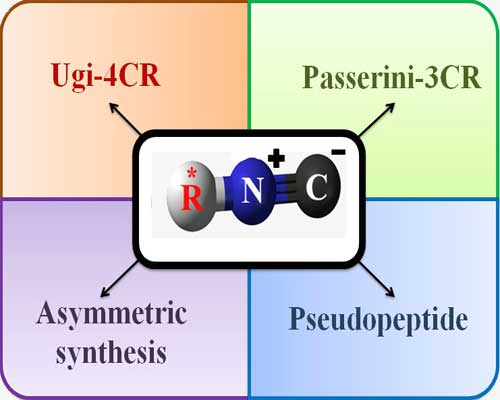 Cyclopeptides can be considered as naturally biologically active compounds. Over the last several decades, many attempts have been made to synthesize complex naturally occurring cyclopeptides, and great progress has been achieved to advance the field of total synthesis. Moreover, cyclopeptides containing heterocyclic skeletons have been recently developed into powerful reactions and approaches. This review aims to highlight recent advances in the synthesis of cyclopeptides containing heterocyclic skeletons such as triazole, oxazole, thiazole, and tetrazole. 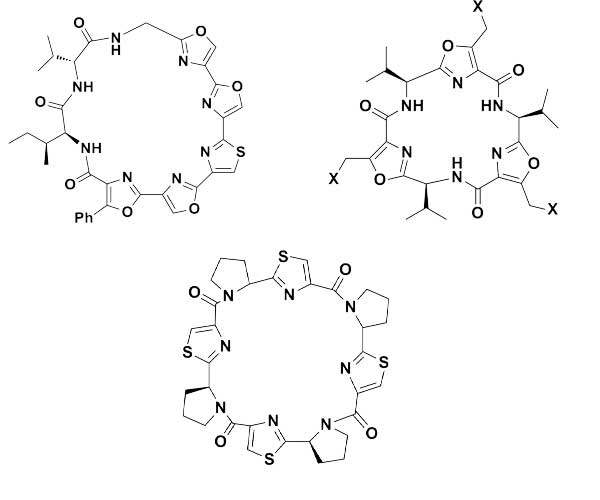 Cascade Reaction in the Synthesis of Heterocyclic Natural Products

Cascade reactions, as an attractive branch of organic chemistry, have been the subject of intense research in recent years. In these reactions numerous transformations occur in a single sequence, and the subsequent reactions are formed as a consequence of the functionality of the previous step. Cascade reactions are environmentally benign processes due to their one-pot procedure which accordingly proceed in a single reaction solvent, work-up, and purification step. Therefore, they are often associated with cost savings in terms of solvents, catalysts, and reagents in addition to time and effort. In recent years, cascade reactions are used for construction of complicated molecular scaffolds, especially heterocyclic natural products. Different naturally occurring compounds were synthesized through cascade (tandem) reactions; this review has been focused on the use of cascade sequences for the synthesis of heterocyclic natural products. 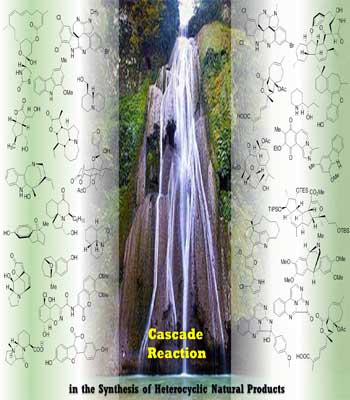