The research in the Balalaie’s lab is focused on synthetic organic chemistry. We are interested in the development and applications of novel domino and cascade reactions, efficient synthetic approaches, catalysis in organic synthesis and synthesis of peptides. 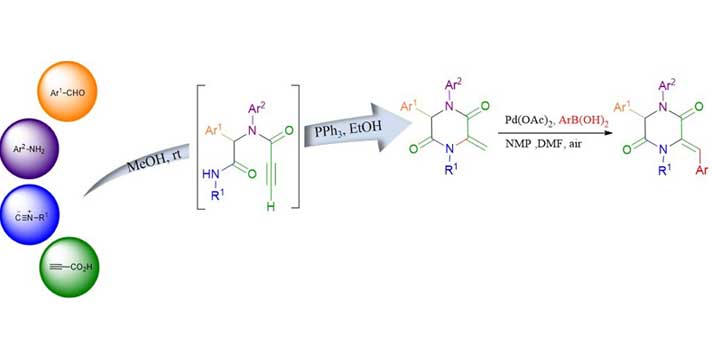 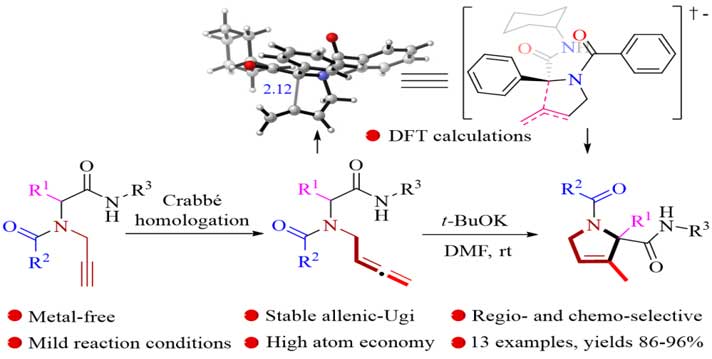 Designing of sequential and domino reactions in organic synthesis

Domino reactions proceed without isolation of intermediates and represent highly efficient and step-economic processes for the synthesis of complex molecular scaffolds, often polycyclic structures.This high degree of synthetic convergence has been favorably applied in many cases for the formation of polycyclic, heterocyclic, and also valuable carbocyclic scaffolds, which were advantageously employed in medicinal chemistry or natural product syntheses. In this regards, we develop novel post-transformation reaction for the synthesis of complex molecules with high bond forming efficiency.

Synthesis of Active Pharmaceutical Ingredients (APIs) as peptides, nucleotides or heterocyclic skeletons and their novel analogues

A part of our research concentrates to the synthesis of some active pharmaceutical ingredients of approved drugs based on peptides and also different heterocyclic backbones. Based on the contract between pharmaceutical companies the synthesis of some APIs and their analogues were done. APIs of Zoledronic acid, Gabapentine , Deferasirox, Pantoperazole, Triptoreline, Leuprolide, Octereotide, Fertireline, Oxytocin and their analogues were synthesized in our research group.

Novel methods for the construction of heterocyclic backbones

Due to the importance of heterocyclic back bone in organic synthesis and also medicinal chemistry, designing new approaches to access these skeletons are very important. In this regard, a part of our research concentrate on the development of new approaches for the synthesis of heterocyclic backbones through designing of novel reactions using functionalized starting materials and using new catalysts or reaction conditions. We developed some sequential reactions through metal-catalyzed, formation of new functional group such as allene, or radical formation to develop the efficient oxidative C-C and C-X bond forming reactions.

Synthesis of peptides and cyclopeptides

Peptides are attracting increasing attention as therapeutic agents for the treatment of cancer, diabetes, and cardiovascular diseases. Over the last decade, anticancer peptides have received much attention as alternative therapeutic agents that can overcome the limitations of conventional approaches due to several advantages, including high specificity, low toxicity, high tumor penetrating abilities, and accessible synthesis and modifications. Cyclopeptides can be considered as naturally biologically active compounds. Over the last several decades, many attempts have been made to synthesize complex naturally occurring cyclopeptides, and great progress has been achieved to advance the field of total synthesis. Moreover, cyclopeptides containing heterocyclic skeletons have been recently developed into powerful reactions and approaches. For several key reasons, cyclization of linear peptides is open used as an attractive modification. First, it is anticipated that by obtaining fixed geometries, cyclic peptides can bind more efficiently to their respective receptors. It is additionally hoped that these conformationally constrained cyclic peptides will be selective to explicit receptor subtypes, resulting in higher receptor binding affinities compared with their linear analogues. Moreover, cyclic peptides are often chosen over their linear analogues due to their enhanced enzymatic stability and provide enhanced membrane permeability, which result in improved bioavailability of the cyclopeptides; they also possess entropic advantages in molecular recognition. Meanwhile, cyclopeptides containing heterocyclic backbones have interesting biological activities, a part of our research is related to the synthesis of cyclopeptides containing heterocyclic backbones such as imidazole, thiazole, oxazole, triazole in the structure of cyclopeptides. These rings endow peptide structures with rigidity, and the interactions of these structures with receptors can be studied more readily and accurately.